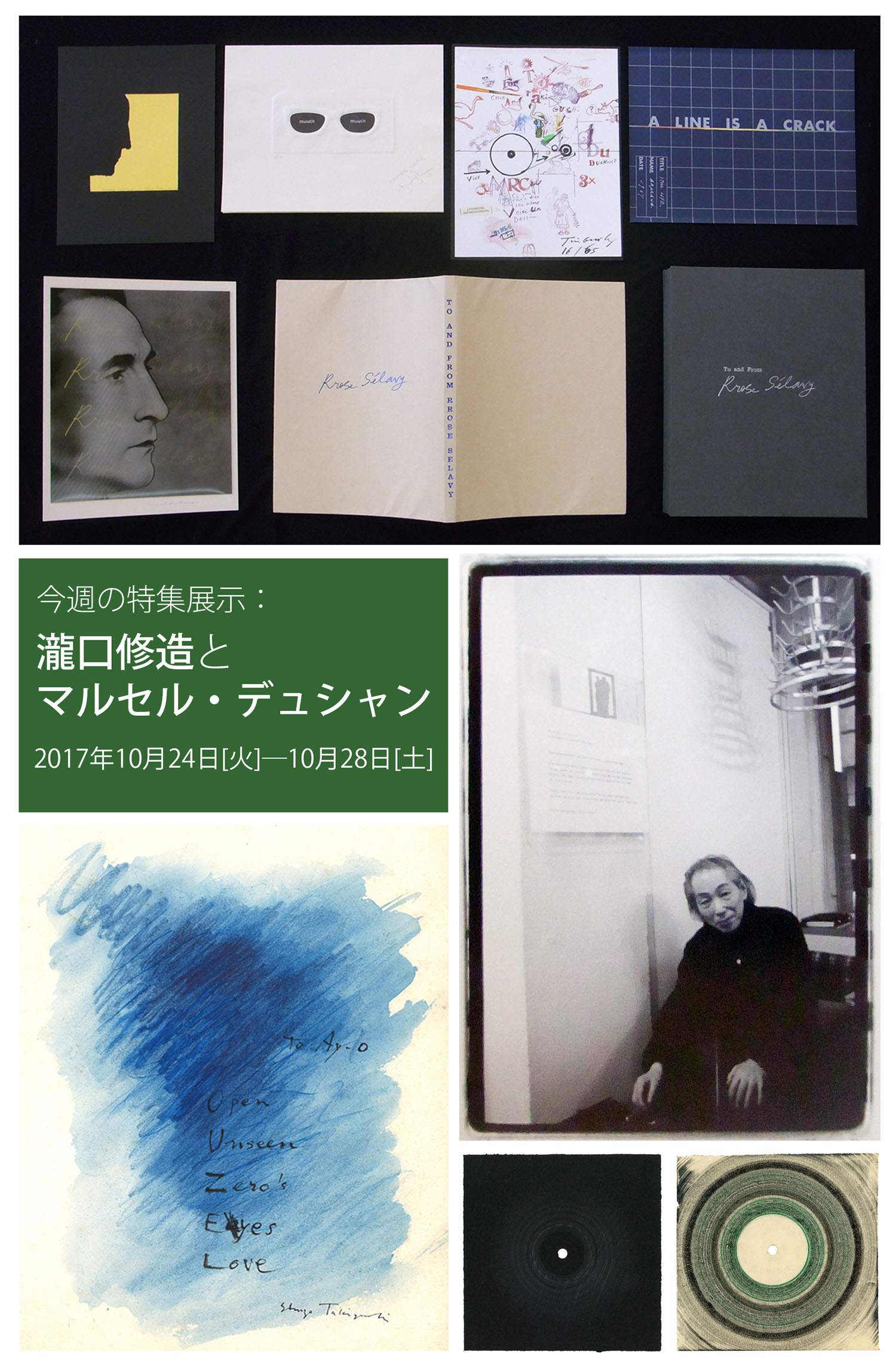 For information on the gallery talk, please visit the Japanese homepage. 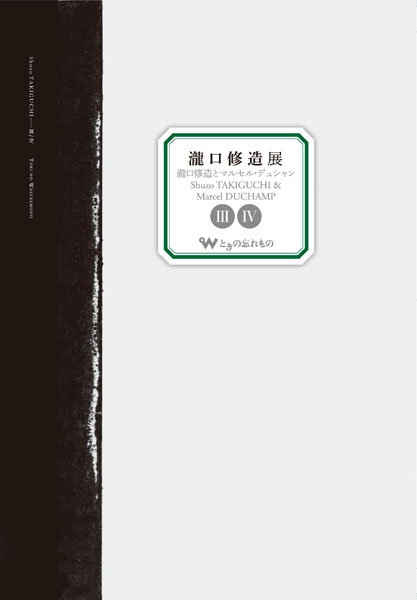 ■Shuzo TAKIGUCHI (1903-1979)
Known as a poet and an art critic. Embodied the principle of surrealism and supported activities of numerous artists as a logic and a moral support of an avant-garde movement during pre and post war era of Japan. He collaborated with artists in and out of Japan to create illustrated collection of poems, and also created various artworks himself. Born 1903 in Toyama prefecture. He was intimate with literatures and arts from young age, and was especially fond of William Blake. While at Keio University Faculty of Letters Department of English Literature, he was deeply influenced by the surrealism, introduced by his teacher Junzaburo Nishiwaki, and through books such as "The Surrealist Manifesto" and "The Magnetic Fields". He published series of experimental poetic texts while at the university, and also fully translated Andre Breton's "Surrealism and Painting". Graduated in 1931, Takiguchi was employed as a scriptor at PCL (Photo Chemical Laboratory, predecessor of Toho Company, Ltd.) and started his activity as an art critic. He continued correspondenses between overseas surrealist, translated and introduced Breton's "The Communicating Vessels", "Mad Love", his lecture in the International Cultural Defence Convention of Artists against Nazi, along with works of artists such as Ernst and Dali. In 1937, Takiguchi organised "the Overseas Surrealism Exhibition" with Sansei Yamanaka (also edited the memorial publication "Album Surrealist"). Along with art criticisms such as "Surrealism sculpting theory" and "Problems on Avant-garde Art", he has also released photo criticisms such as "Photography and Surrealism" and "Materials and Photographs", guiding researching avant-garde artists and photographers who were not members of art circles. Unfortunately, this was regarded as an international communist activity, and he was captured by a special police for seven months from the spring of 1941. After the war, he has presented many art criticisms, becoming a representative critic of the era.

While providing chances for young artists by planning over 200 exhibitions at Takemiya Gallery, he also took part in the activity of "Jikken Kobou (Experiment studio)" founded in 1951 as an advisor. With his honest character, his influence was very significant. In 1958, he traveled to Europe to take part in the Venice Biennale as a commissioner. There he rated Italian architecture representative Fonatana very highly, and voted him for the painting section. After the Biennale, he traveled across Europe to meet people such as Andre Breton, Marcel Duchamp, Salvador Dali and Henri Michaux (He recalled meeting with Breton was "the harvest of life"). After returning to Japan, his writings on art criticism were reduced, and more private writings, like an introductory note of an exhibition has increased. Contrary to retiring from public positions, he was very enthusiastic to become a special counsel for Genpei Akasegawa's "1,000 yen note incident" which was on court between 1965 to 1970. Collaborating with many artists such as Joan Miro and Sam Francis to create illustrated collection of poems, he also created many works using unique techniques such as drawing, a water color, a burnt drawing, a roto-dessin and a decalcomanie and held several solo-exhibitions with his own works. In 1967 he published "Shuzo Takiguchi's poetic Experiments 1927-1937" in which he recollected poetic texts he wrote during the war. He has also left a prose text in a form of a dream record and other proverb like short phrase works. He was offerred the name "Rrose Selavy" for his conceptual "objet shop" from Marcel Duchamp, who he kept in touch since his travel to Europe mentioned above. In return, he published "Selected words of Marcel Duchamp" in 1968. He continued his research on Duchamp, later producing multiple sculptures which multi-layerizated part of Duchamp's "Large Glass"(Rrose Selavy, Tokyo 1977. Collaborated with sculptor Kazuo Okazaki). Passed away in 1979 due to a heart attack. (Text by Nobuhiko TSUCHIBUCHI)

■Marcel DUCHAMP (1887-1968)
Born in 1887 in France.Jacques Villion and Raymond Duchamp-Villion were his brothers. From 1904, studied at Academie Julian in Paris. Avoided the military draft in 1906. Came into contact with new trends like Fauvism, Futurism, and Cubism, and in 1913 exhibited works at the Armory Show in New York. Garnered attention with works that seemed to fuse Cubism and Futurism. Moved to New York at the outbreak of WWI in 1914 and there worked with artists like Picasso and Man RAY, focusing on New York Dada. Began production of ready mades, presenting the urinal signed R. MUTT in 1917 and working from 1915 to 1923 on “The Bride Strippd Bare by her Bachelors, Even” (a.k.a. The Large Glass), a work made with two large glass boards, lead wire, and oils. Duchamp, who hotly rejected the structures called "art", is seen as one of the most influential artists of this age. He died in 1968.